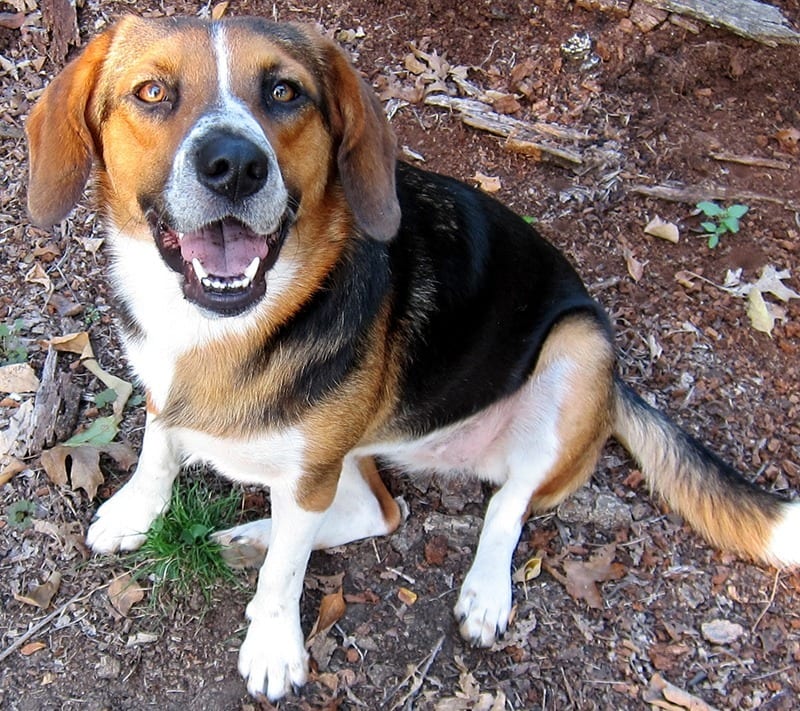 Nicknames: Houdini gets used often—she is an escape artist!

Adoption Story: Buttercup was seen roaming and scavenging in trash cans around the city for about a week—dodging traffic and humans who tried to catch her. Someone told my husband about her, so he set off to find her. Once he caught up with her, it was love at first sight. Of course, we had her scanned and we made posters and all the rest, but when no one claimed her… we decided to keep her with us (despite already having 10 dogs at the time!) We have a lot of land next to Mark Twain National Forest in Southwest Missouri, and since we are ex-zookeepers who do a lot of wildlife rehab as well as rescuing, it seemed natural to bring her into the fold. We had another Beagle mix named Flower, so when we rescued Buttercup, we thought it would be nice to keep the floral trend going.