All posts tagged: Urine-Marking: Why Dogs Mark Their Territory 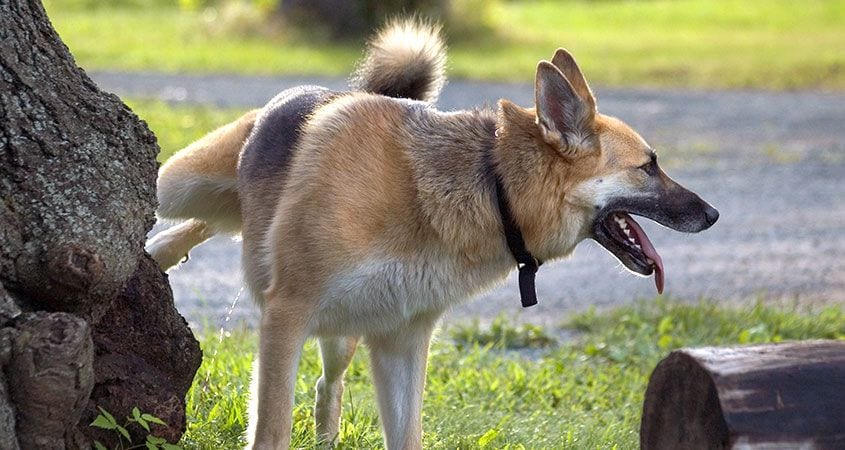 Urine-Marking: Why Dogs Mark Their Territory

Much like the miners during the Gold Rush, dogs are territorial animals. They “stake a claim” to a particular space, area, or object by marking it, using a variety of methods at different levels of intensity.

For example, a dog may bark to drive away what he perceives to be intruders in his territory. Some dogs may go to the extreme of urinating or defecating on something to say “mine!.”

Dogs don’t urinate or defecate out of spite or jealousy. If your dog urinates on your baby’s diaper bag, it’s not because he is jealous of, or dislikes, your baby. The unfamiliar scents and sounds of a new baby in the home are stressing him out a bit and he feels the need to reaffirm his claim on his territory.

Likewise, if your dog urinates on your new boyfriend’s backpack, it doesn’t reflect his opinion of your taste in men. Instead, he has perceived the presence of an “intruder,” and is letting the intruder know this territory belongs to him.

Urine-Marking is Not House Soiling

House soiling is when your dog empties his bladder or his bowels inside the house. There are a few reasons he may do this.

Urine-marking is most often associated with male dogs, but females may do it, too. Leg-lifting is the primary way of marking, but even if your pet doesn’t lift his leg, he may still be marking.

The amount of urine is small and is found primarily on vertical surfaces, but dogs do sometimes mark on horizontal surfaces.